S The Christmas Eve 10 years ago was inspiring for the design of our all-year-round Christmas menu. Because I had the first and only migraine attack of my life. I was in the midst of preparing an exemplary 4-course menu with all the comforts and Schässeladeng, as it happened. While the fresh spinach was waiting to be treated as a filling for the fried donuts, the yeast dough on the heater was boiling over the edge of the bowl, the fillet in the Far Eastern marinade was to be turned 2000 times with 36 different ingredients, I polished the plate with one hand and with ironing the other pale white tablecloths, I thought through the time planning again. Another 1 hour and 26 minutes until gift with subsequent top deluxe menu. If I gave a little more gas now, I could also quickly prepare the dessert, make the dirty clothes disappear in the bathroom, pierce the Christmas tree and decorate and dye my hair ...

Since the flicker began. At first it sat almost unnoticeably in the very outermost corners of the eyes. Then it got stronger. Interesting, I found first - and all without mind-expanding substances. Like a circling TV snow image, my optics dissolve very slowly from the edges, then I felt strangely light and dizzy. And since I suddenly knew what I had to do with it: That had to be the so-called aura, which often accompanies a migraine attack. "Migraine? I? Can not! ", I thought, as it continued to murmur and circled happily in front of my eyes.

Out of a very recent brain drawer labeled" Unnecessary Knowledge ", I rummaged through the emergency measure at the onset of migraine attacks, rummaged in the bathroom cabinet after painkillers, took a not insignificant dose, staggered into the bedroom and lay motionless and in total darkness for the next two hours.

I was lucky and got off lightly again. The mess moved a good way back and the food was late in the evening from several half-finished hallways - but I was upright again and was overjoyed to be able to even in the circle of my loved ones.

The small emergency - From within the brain has ushered in a whole new form of Christmas Eve: the decelerated potato salad era . Instead of 24.12. To stand in the kitchen for hours, to drive me half crazy and to force a perfect evening at the highest level, I have been doing the food for 10 years exactly as my grandma used to do: I'm preparing a big one on December 23rd Bowl of potato salad and buy sausages. Done. 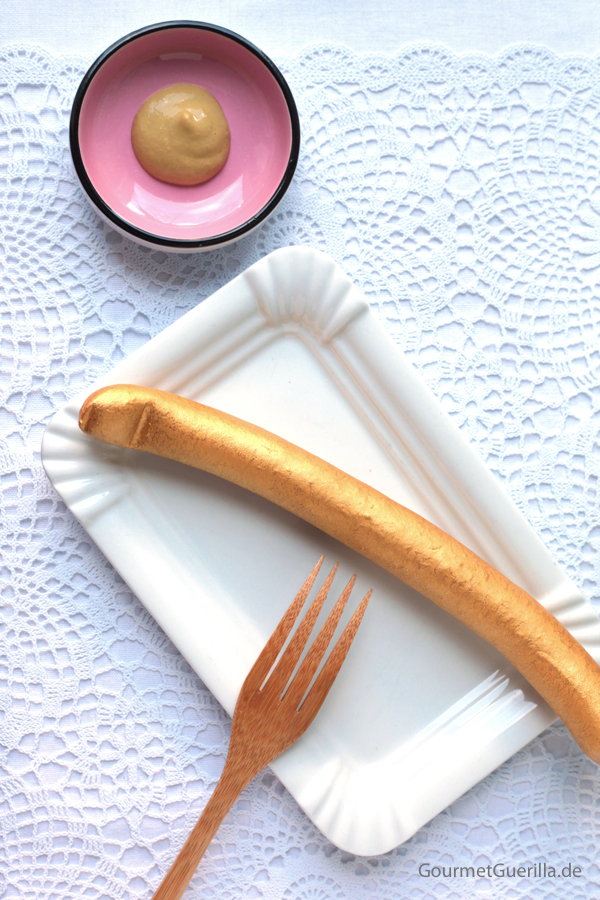 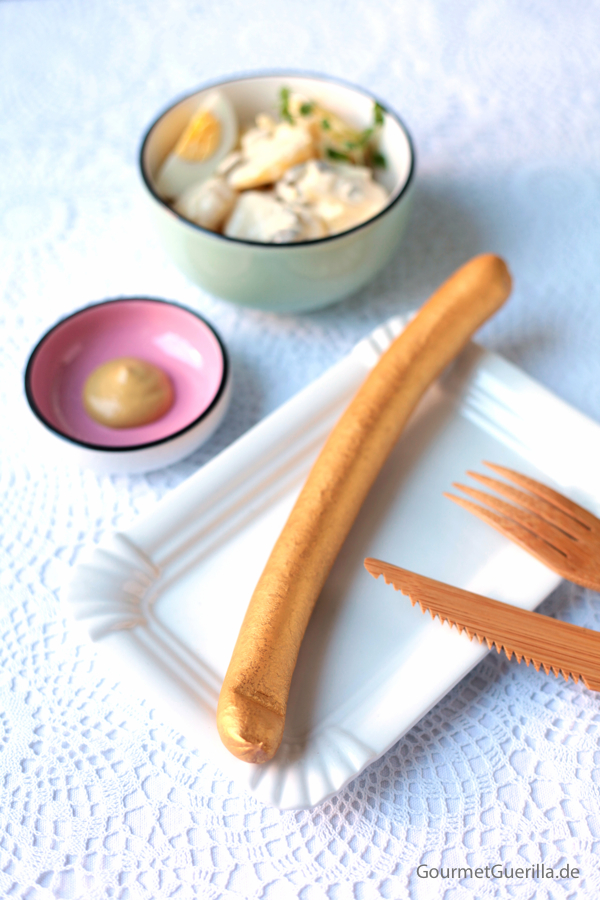 On Christmas Eve, the potato salad according to Grandma's recipe is perfectly drawn through and only has to be quickly poured into a decorative bowl , In addition there are the hot sausages, a very relaxed mom and a happy family. Merry Christmas!

If you're looking for an extravagant extra Christmas eye-catcher in all of this down-to-earthness, sprinkle the sausages with food coloring in festive gold. But beware: Optical irritation is not excluded. 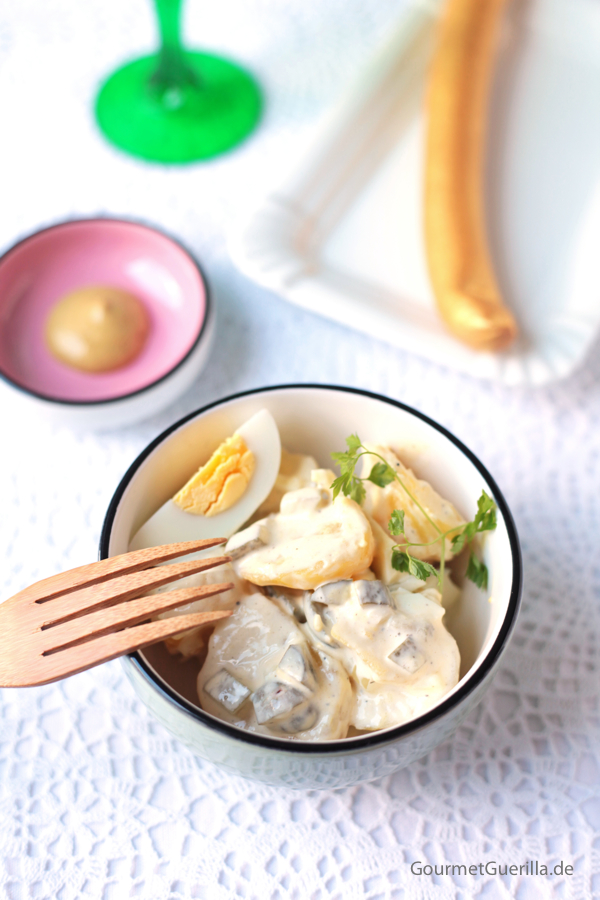 Here comes the recipe for grandma's potato salad with sausage

Put the potatoes in a bowl Mix the eggs, cucumbers, onions and the dressing well. Cook at least overnight in a cool place and season again with salt and pepper before serving. 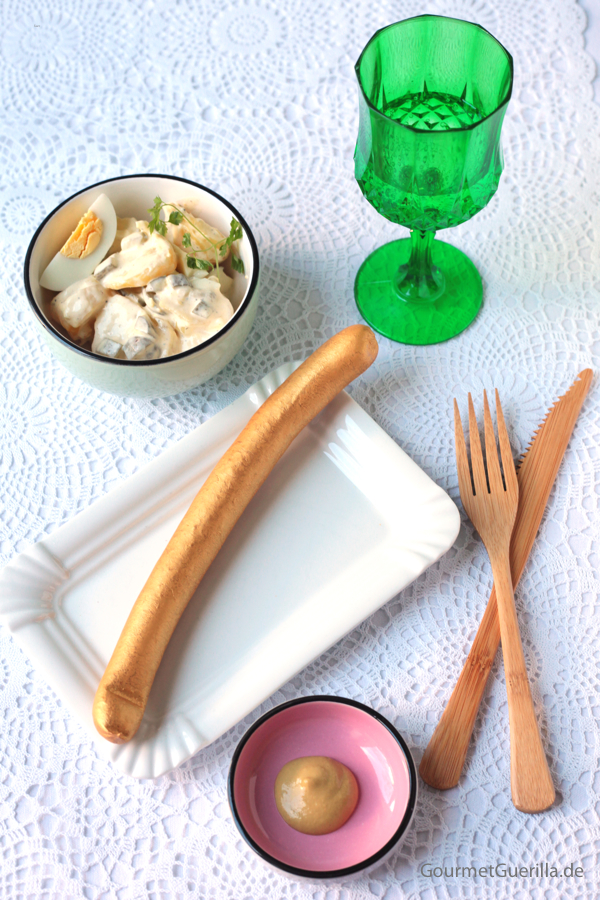