How dark can it be outside in winter, when you wake up? Stock darkness. Ink black darkness. Impossible to determine what time it is. 2 O 'clock? 4 o'clock? A one-eyed grumpy look at the iPhone reveals the whole horrible truth: Waaaas - already a quarter to seven ?! Get up time. Oh no. It is not only dark but also quite cold. A toe leaves as temperature sensor the Oberbettenberg under which it is so nice cuddly. Brrrrrrrr. A Oberbettenberg is a clearly friendly and pleasant place, underneath you should definitely stay longer. I could just lie down and say I overslept. A great idea, I cuddle up in my pillow again. 10 seconds later, it occurs to me then that the man and the child are also late. A deep sigh - it does not help: with superhuman effort I get up and swing my legs out of bed. Ideally, I do not blow the brimful of water glass that I had put aside beside the bed in the evening, but then I did not drink any more, because I rather fell asleep with the book on my face.

In the Most families have a certain distribution of tasks in their daily lives. Here we are the first to get up, switch on the lights, turn on the heaters, put on the coffee water and make breakfast for the little one. In the summer, it's great to be awake first and enjoy a few minutes of rest before life starts to boil off. Not in the winter. And I would never go through without the thick self-knitted woolen socks, which I've tried my girlfriend Vivien times.

So that it quickly becomes warm and cozy from the inside, I like to do one in the dark years warm breakfast buffet. Maybe it sounds a bit more effective advertising, if we say like the English "Porridge" to it. Porb it out, it's great. Basically, you can use any kind of cereal flakes you like, in addition to the oat traditionally used in porridge. I have a 6-grain flake blend in which all kinds of cereals are represented. The flakes are then cooked in milk or soymilk. In addition to the warm porridge there is a - also - warm fruit compote seasoned with wintry spices. The family is also on it. Good morning (winter) sunshine! 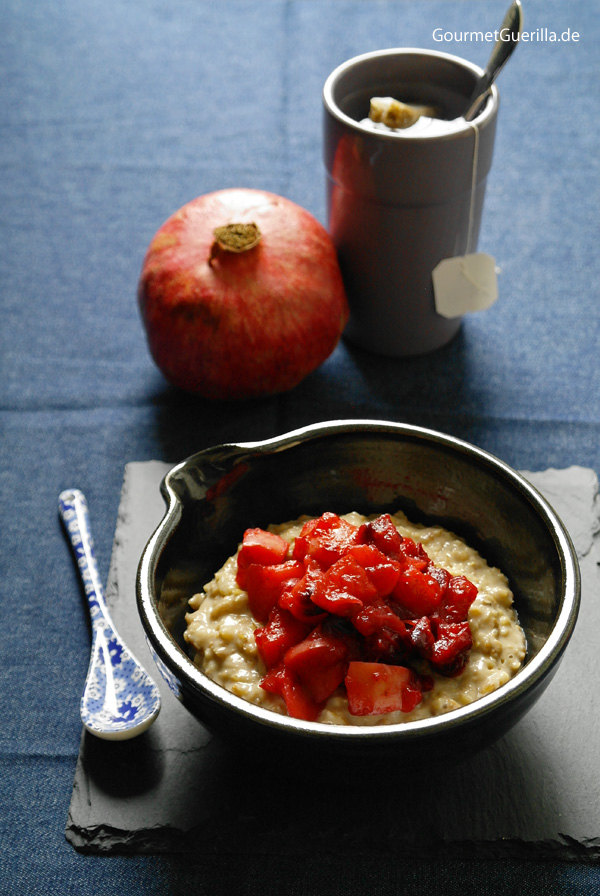 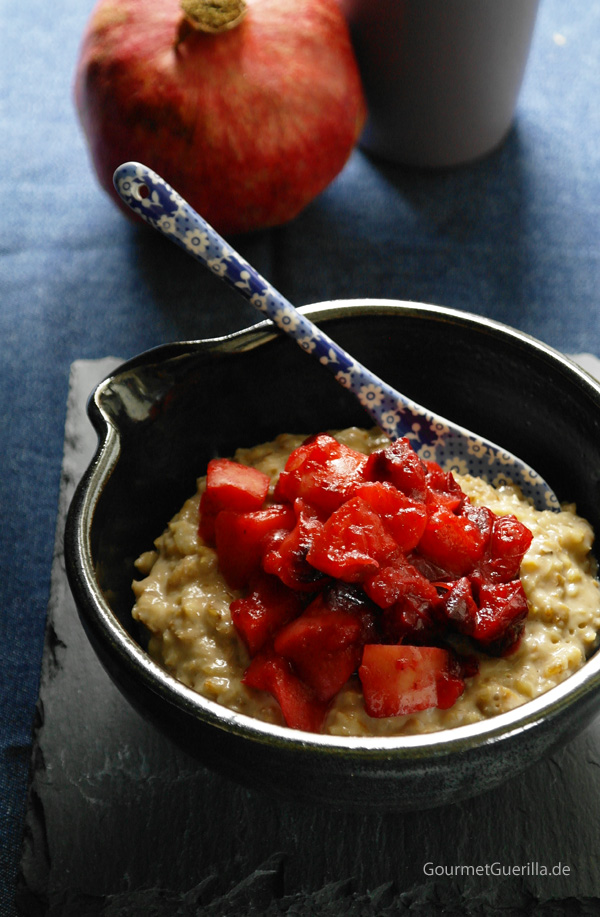 Grain porridge and compote can be prepared well. Cook several portions at once and warm them up in the morning in 3 minutes. No stool is smeared faster.

You can vary the ingredients over and over again. Try different fresh fruits, raisins, dried fruit or nuts for the compote. The porridge can be interestingly modified with soy milk in different flavors (eg hazelnut or vanilla). 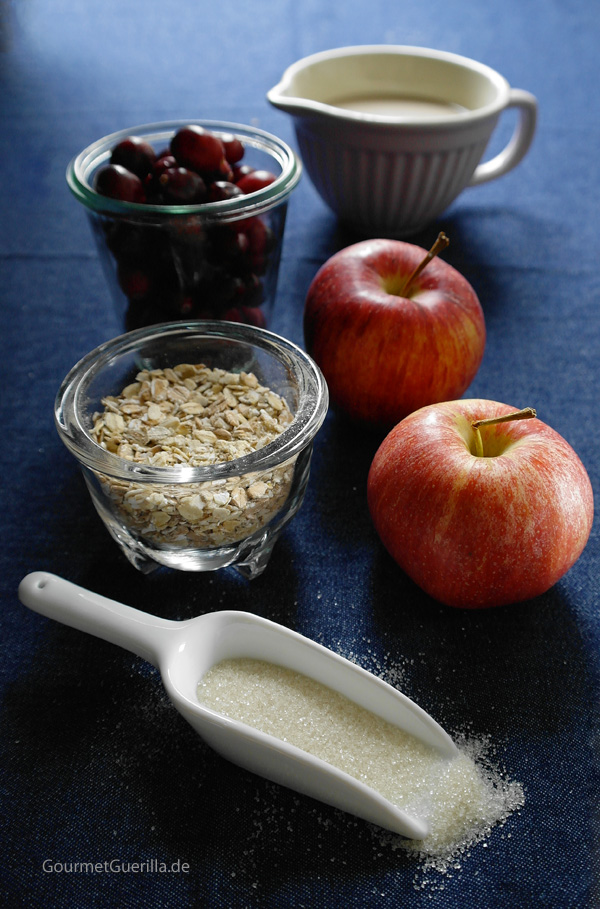 Here's how it works for 2 servings:

60g of cereal with 250ml of soymilk hazelnut (or any other flavor or cow's milk mixed with 1 tbsp of ground hazelnut), 1-2 Put a dash of ground vanilla and 1 tiny pinch of salt in a small saucepan. Bring to medium heat and then boil over low heat until creamy. Stir frequently, so that the flakes do not burn.Finally, stir in 1 tbsp soy margarine or butter r.

1 apple wash, remove the core and cut into bite sized pieces. Add 1 sip of water to another small saucepan and simmer for about 5 minutes. Wash 2 handfuls of cranberries and add to the apple. Season with 1 pinch of cinnamon and 2 teaspoons of sugar and continue simmering until the cranberries soften.

Pour the cereal into a bowl and a decent Give toppings compote on top.

Tip: To make it even quicker, soak the cereal in the soy milk/milk the night before and put it in the fridge put. Then prepare in the morning as described in the recipe. 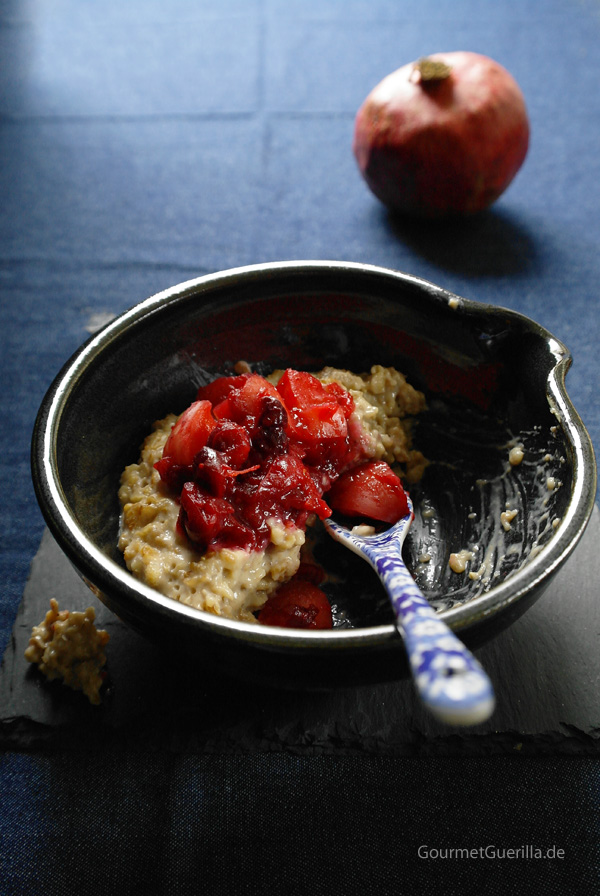 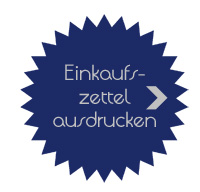